We have a tremendous variety of wildlife in the high desert. Deer, Elk, Bears, Mountain Lions, Foxes, all sorts of rodents - even scorpions, rattlesnakes and the not so welcome visits by the open range cattle.

The problem is they aren’t our cows. Like so many Western states, its “open range” here.  Ranchers lease HUGE areas of land from the government – and the cattle are free to roam anywhere even if the leased areas include small towns or private land.  It’s the land owner’s responsibility to fence them out.

They come up here for a few weeks this time of year and will destroy everything that isn’t fenced. It’s breeding season so there are some bulls mixed in – and they make a heck of a disturbance when they are trying to prove their “maleness”.  Unfortunately, they did that the other morning, 6am – not 3 feet from the bedroom window.

above is a telephoto shot of a few of our resident ravens.  Ravens mate for life and we had a pair nesting in some of our cliffs.  A year or so ago they appeared with a couple of youngsters.  We had the company of the four for a while – but lately there are only three.  Interesting folklore about ravens – especially for a homestead:

In North American folklore ravens are the creators of the world. Details of the creation tale differ, but essentially “the Raven”—a creature with human body and raven’s beak—is believed to have made the world. He gave light to people, taught them to take care of themselves, make clothes, canoes and houses. He also brought vegetation, animals, and other benefits for the human kind. Raven assumes the role of Noah from the biblical story of Great Flood—he is said to have taken animals two by two on a big raft in order to save them.

I finally had a camera handy for when these guys showed up.  We have thousands of them around here (unfortunately, because do create some problems). Most of the folks in this area just shoot all these guys on sight. We won’t do that so we just have to go to a little extra effort to curtail to damage they cause.

First up is the Rock Squirrel. While they look a lot like the common gray tree squirrel found almost everywhere, the Rock squirrel burrows.  In fact, they dig quite extensive burrows. We have them under the concrete foundation of the shop, under the hen house, garden shed, etc.

Their little cousin is the Chipmunk. They also burrow or live in rock piles, stacked wood, pretty much anywhere. They love to eat veggie plants.  We have to build wire cages around their favorites. They used to hibernate – but last winter was so mild, they never went away.

Finally, our personal favorite ( and the same holds true for the ferocious guard dog) – the wild rabbits. So docile and cute. They only eat the grass and such, so they are welcome – although we do keep them fenced out of the main garden areas.  BTW, the slightly overweight spoiled guard dog has yet to catch one – not even close.  We also have huge Jack Rabbits here – but they rarely stay still long enough to catch a photo.

If I get lucky enough, I’ll grab some photos of the Golden and Bald Eagles we have around here.

Below are a variety of photos - each is labeled when you mouse over the thumbnail or view the larger version.  We will add to this as we get more photos. 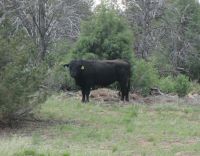 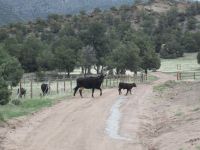 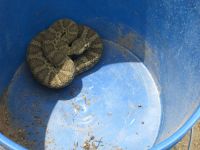 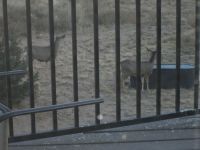 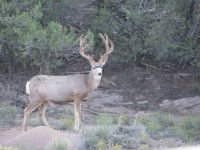 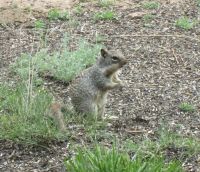 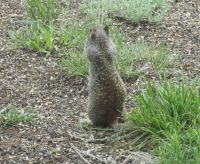 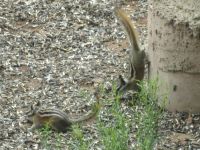 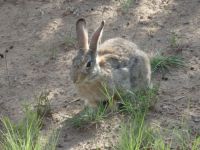 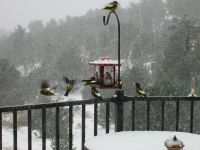 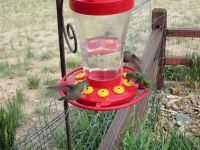 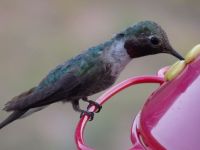 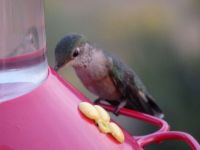 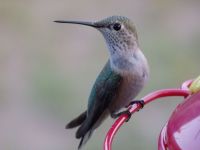 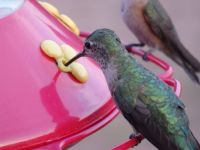 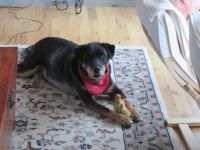 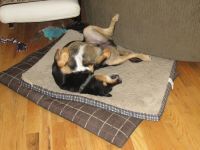 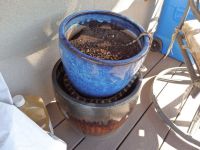 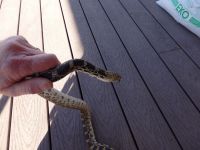