When Wood Boiler Turn to the Dark Side 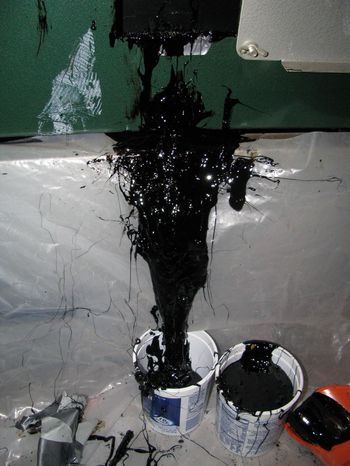 Last year we installed an indoor wood gasification boiler as the primary source of Winter heat and hot water. We chose an indoor gasification model for two reasons. First, because they don't have to use anti-freeze (like outdoor models) they are much more efficient with heat transfer.  Secondly, unlike a conventional wood boiler where most of the combustible gases go up the chimney, the downward gasification process is 95% - 98% efficient. You use a lot less wood.

The first few months it worked like a charm - way more than enough heat for the hot water baseboard system and the domestic 50 gallon hot water heat exchanger.  We installed the wood boiler in such a way that by switching a few valves from on to off - we can instantly switch back to the propane boiler.

However, near the end of the winter the wood boiler was acting very strange.  Like it was getting WAY too mucked up. It turned to the Dark Side - literally.

The main air intake (for the combustible air) has an adjustable slide cover that is behind a door secured with bolts. The cover is held in place with a couple of wing nuts.  Apparently, between the vibration and heat variations, the wing nuts came loose and the slide cover closed completely down. 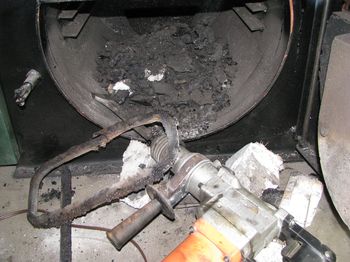 So, instead of burning at extremely high temperatures in the primary combustion chamber via the gasification process, the wood kind of just boiled - releasing all its sap to run into every chamber, crack and crevice. The sap was then cooked into a very thick tar. When very hot, it was like cold molasses, when it cooled it was like rock - burned amber.  A gasification boiler is pretty complex in regards to air chambers, air flow and such. The more the wood boiled, the more clogged up the entire boiler became.

The only easy way to remove this tar is with a weed burning torch - basically a flame thrower.  With an outside boiler you would remove the covers and major components and blast away.  Can't really do that when the boiler is in your basement.

Bottom line is I put a solid 40 hours into taking the thing apart cleaning as I went or removing components to torch outside. The tar build-up was so bad in the main air mixture ceramic I had to jack hammer it to pieces to get it out.  Torch, hammer, chisel, grind - over and over again.  The upside is I now understand exactly how the thing works and how to do a better job cleaning it much more periodically. 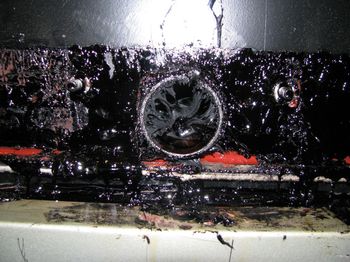